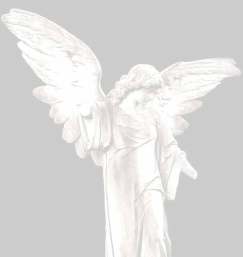 There will be a Village of Angels event this year.

If you want to enter an angel, please register before the 12th of December.

The registration form can be downloaded from the Local Events Page. 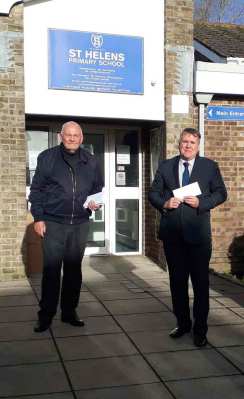 The Isle of Wight Council (Attrills Lane, St Helens, Isle of Wight) (Temporary Prohibition of Through Traffic) Order No 3 2020

Island Roads on behalf of The Isle of Wight Council give notice that for one day between 0800 and 1600 hours from Wednesday 7 December 2020 until Friday 11 December 2020, or when the works has been completed, no person shall cause any vehicle to proceed along Attrills Lane, for its entire length. There is no alternative route. The closure is required for safety during a CCTV Survey. 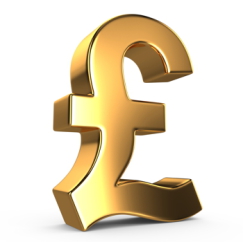 Find our Annual Return, Internal Audit and End of Year Accounts 2019-2020 in the finance section. 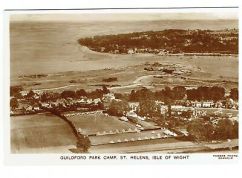 The representation from the St Helens Parish council concerning the appeal on the Guilford Park development can be found here on the public notice page. 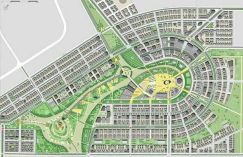 The Parish Council has responded to the changes on the planning system. You can find and download the documents here on the public notices page.

Island High Sheriff, Mrs Caroline Peel, St Helens Parish Chairman John Coleman and Cllr Victoria Duckett laid wreaths at St Helens War Memorial to mark the Centenary of the Memorial and honour the sacrifices made by local residents made in both World Wars and other conflicts.

The memorial, set in the Lynch Gate was built as the Great War Memorial and designed by Mr E Caws, and constructed by Mr H A Coombes; and dedicated in September 1920 by the Rural Dean of West Wight Rev Hugh le Fleming.

Mrs Peel said 'In this difficult of times, it is important that we honour and respect the memory of those that made the ultimate sacrifice: my family are included on local memorials, and there is a special memorial in the Priory which has personal significance'.

Cllr Coleman added 'We had planned to mark the Centenary with a project with the local school, but due to Covid 19 constraints this may be something we need to revisit in 2021'.

The Church is a listed building and also includes plaques to individual service personnel, including Lieutenant Ronald Palmer who captained the England Rugby Football team in 1914, before serving in Belgium.

Cllr Duckett concluded 'We hope to complete Parish Heritage Walk which will include the Commonwealth war Graves, and the local Memorials, as recognition of the major events involving the village and local residents through the generations'.

Due to the current lockdown, planned meetings have been deferred, the Parish Council is working with the Community Centre to arrange a meeting, within the Covid 19 Guidance, in December 2020.

The Isle of Wight Council (Attrills Lane, St Helens, Isle of Wight) (Temporary Prohibition of Through Traffic) Order No 2 2020

This helpline number is available to support the Island’s most vulnerable residents affected by the coronavirus (Covid-19) self-isolation measures.

People who do not have a local network of friends or family to support them while they are self-isolating or social distancing can call (01983) 823600 (seven days a week, 9am-5pm).