Down past the Vine, stop at Freefolk and look at this delightful old cottage with its blue commemorative plaque. 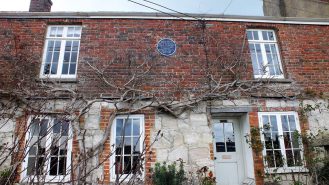 Dickie Dawes, a fisherman by day

One of St Helen’s smugglers in the late 1700s was Dickie Dawes, a fisherman by day, who ran the gauntlet of the customs men through a narrow sea channel known as ‘Dickie Dawes Gut’ to land his contraband of brandy, silk and tobacco. The booty would often be hidden beneath tombstones in the churchyard of St Helens Old Church, next to the shore, before being brought inland along secret passages believed to lead to the Priory and village. 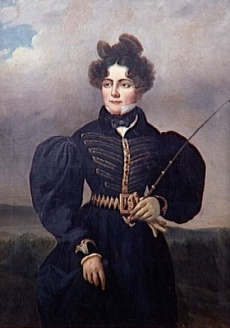 Dickie had a daughter named Sophie, born in St Helen’s around 1792. After a childhood winkle-picking on the beach and an enforced stay in the workhouse after her father’s death, Sophie used her guile and cunning to climb the social ladder to a position of eminence at the French court. In London she came to the attention of the exiled Duc de Bourbon, later Prince de Condé, who educated her as a lady. When Napoleon was defeated in 1815, the duke was able to return to his native France. Sophie followed him there, later marrying the Baron de Fouchères, a military aide to the Duke, while remaining the Duke’s mistress. She was known as the ‘Queen of Chantilly’, Chantilly being one of the Duke’s estates. She had no scruples about using her position for her own ends and cajoled the ageing Duke into rewriting his will in her favour. Soon afterwards he was found hanged in mysterious circumstances. Not surprisingly, her reputation suffered and she returned to England where she died in London in 1840.